Entering the town of Gold Hill, Colorado, you encounter one of the most extraordinary posted signs in the entire USA: 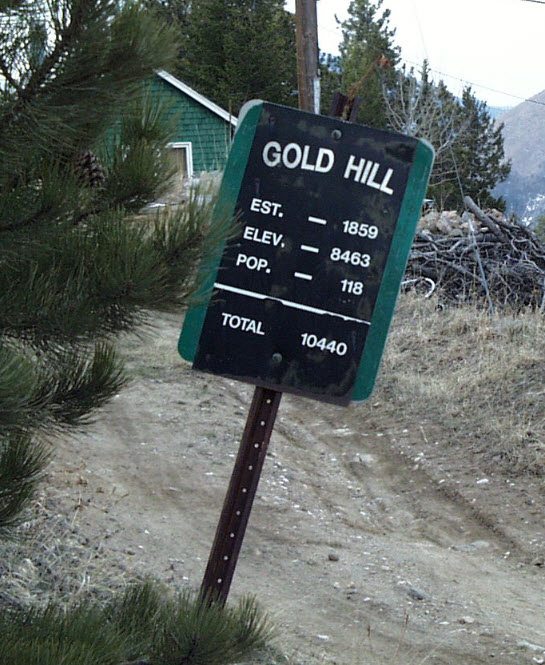 And at the bottom—oh, the glorious bottom—these three numbers have been added together, yielding a total of 10,440. You can check it yourself: 10,440 is exactly correct. The arithmetic is flawless. 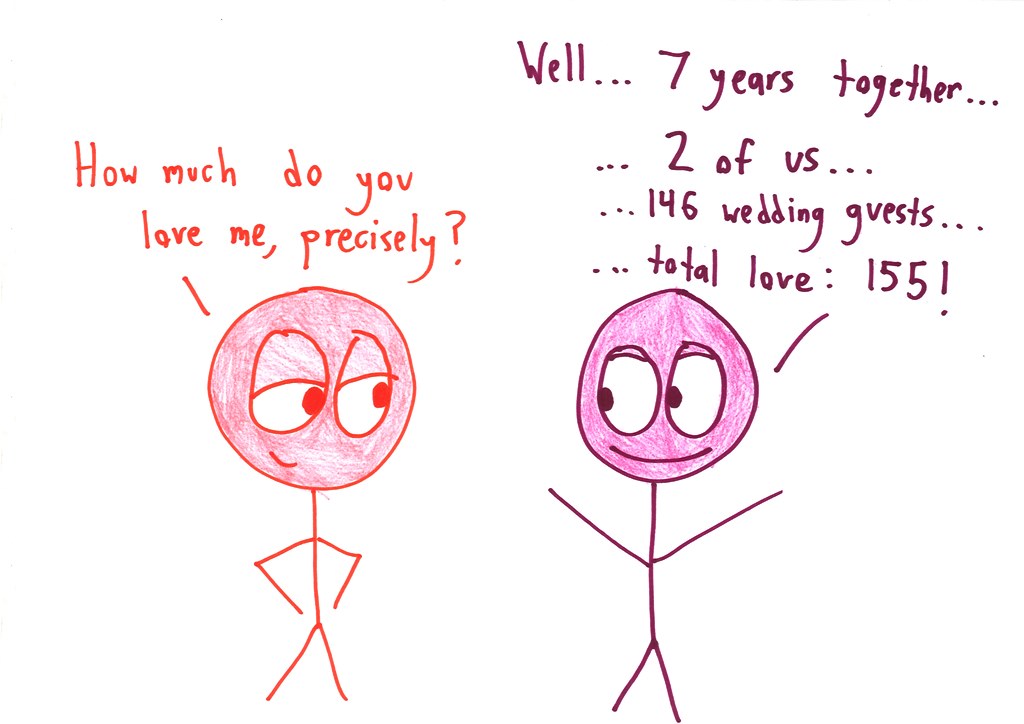 It’s perfectly right… and profoundly wrong. It’s a memorable token of a common mathematical mistake: carrying out an operation without investigating its meaning.

I could easily spin out 1000 words bagging on this poor sign-maker. But I’m not going to. (For one thing, there’s a chance the error was a deliberate joke, and even if it wasn’t, there’s enough ridicule out there for bad math.) Instead, I want to argue the opposite.

This error isn’t brainless, stupid, or contemptible. Rather, in several ways, the Gold Hill error is a uniquely sophisticated and modern one.

Hop in a time machine. Tour the range of human societies. You’ll find that most consider the idea of “mindless” computation paradoxical, nonsensical—a contradiction in terms.

That’s because, for most of human history, computation was really hard.

As recently as 1000 years ago, simple multiplication—the stuff we teach to 9-year-olds now—required expert equipment. Determining a square root was the special provenance of academics and well-trained merchants.

Back then, “simple” math didn’t feel so simple.

Now, of course, we’ve got calculators, iPhones, and—most importantly—the Hindu-Arabic numeral system. This way of writing numbers, familiar and obvious to us today, arrived as a revelation. It’s far easier to compute with our friendly numerals than it was with, say, Roman numerals. 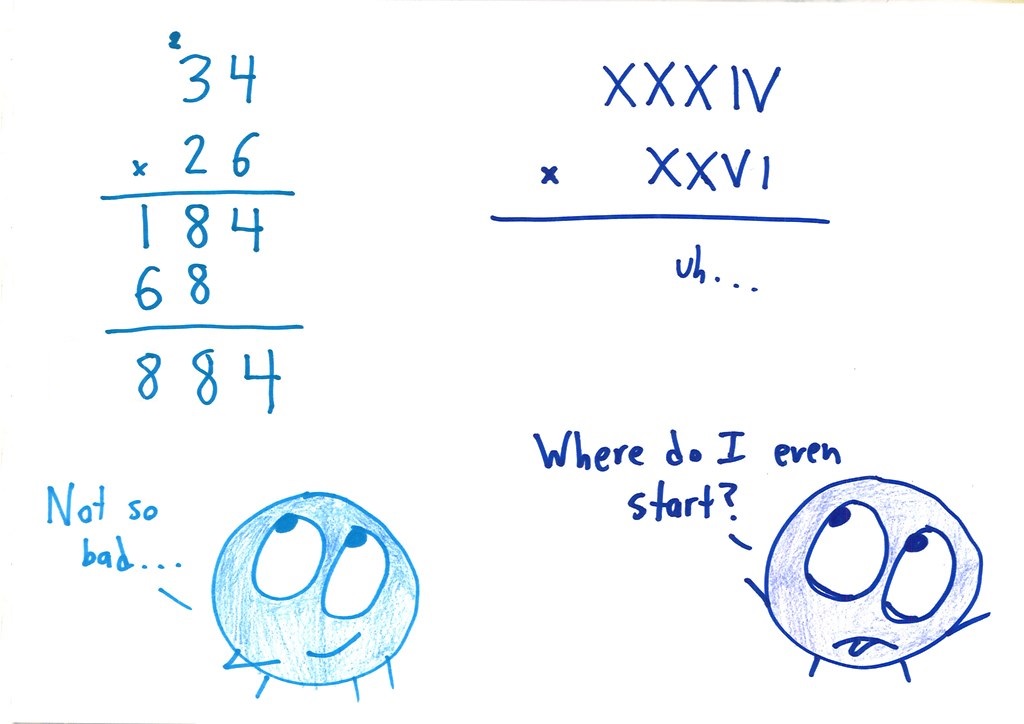 For most of our history as mathematical thinkers, the Gold Hill error would’ve been tremendously unlikely. Computations took too much effort for you to waste time performing a silly one!

Math and science teachers chide students for “forgetting their units.” Omitting units is like leaving a number naked and unclothed. Do you mean 7 feet? 7 meters? 7 miles? Or 7 jars of jelly?

That’s the basic problem with the Gold Hill sign. The three numbers have very different units (years, people, and feet). These can’t be added.

But for many mathematical cultures, “forgetting” the units would have been unimaginable, because numbers (and operations) were inextricably tied to physical representations.

That is: numbers needed units.

Take square numbers. Why is multiplying a number by itself known as “squaring”? Simple: it’s equivalent to finding the area of a square (with the original number as a side length).

What about “cubing”? Likewise, that’s just finding the volume of a cube (with the given side length). 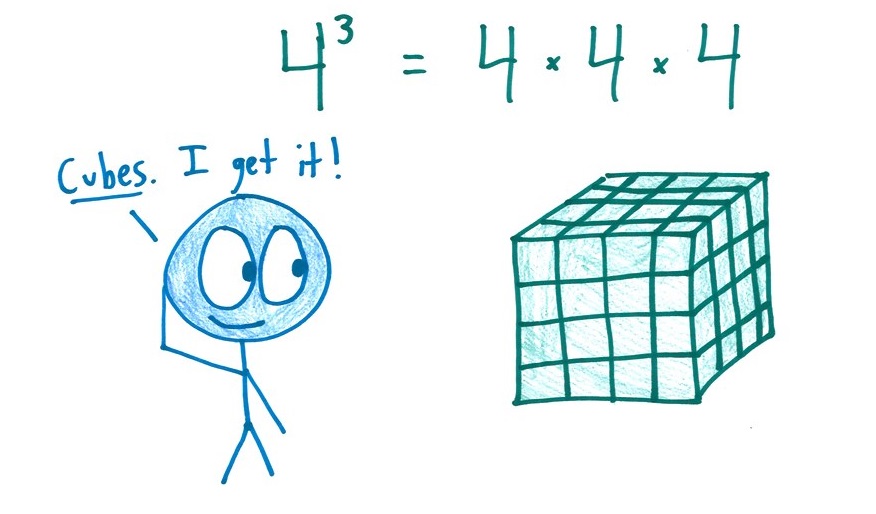 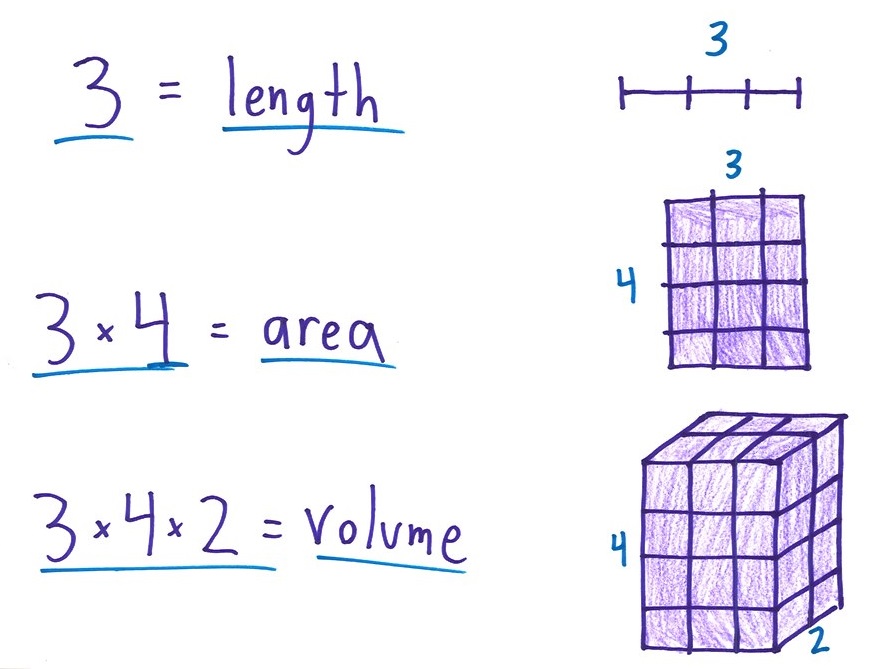 What about the product of four numbers? It’d be nonsensical, impossible. In Euclid’s famous geometry book, he carefully avoids ever multiplying four numbers together. For him, it would have violated common sense, gone against his geometric conceptualization of number.

What’s the point of all this? It’s that our very ability to conceive of numbers without units is a pretty remarkable abstraction. The Greeks would find our notion of numbers, even as practiced by little kids, a bit eerie and ethereal. Their vision of math was beautiful but immensely concrete, closely tied to geometric and visual meanings.

Most of the math that we teach to our students comes from long, long ago. Integers and fractions have been studied since prehistory. All of our geometry was known to the Greeks. Simple algebra dates back to medieval Arabia.

But one particular branch of mathematics is incredibly new—almost shockingly modern in comparison to the lumbering dinosaurs with which it cohabits our curriculum. That young, upstart branch?

Although it’s often used as a synonym for “number,” the word “statistic” in fact has a specific and little-discussed meaning. It refers to a single number that summarizes a whole sample. For example, if I grab five people off the street, ask them how annoyed they are (on a 1-to-10 scale) at being grabbed by me, and then average those numbers, that average is a statistic.

The thing about statistics is that a lot of numbers go into them. Just as honeybees need acre upon acre of flowers to produce a single jar of honey, statisticians need lots of raw data to produce a simple summary.

But where past societies lacked for data, we’ve got a surplus. Heck, it’s 2015; we’re practically swimming in it. If you clicked on this post through Facebook, Google, or Twitter, then your click is another data point in some massive collection in Silicon Valley. We’re so immersed in numbers—drowning in them, really—that we need statistics. We need summaries.

Now, I don’t mean to suggest that finding a total is a new idea. The number at the bottom of the Gold Hill sign is a simple sum. It’s the result of a basic addition operation—a computation as old as time.

But the attitude that produced the Gold Hill error—the practice of summarizing data immediately after presenting it—is a new development in our mathematical culture, a strange necessity created by our glut of information. 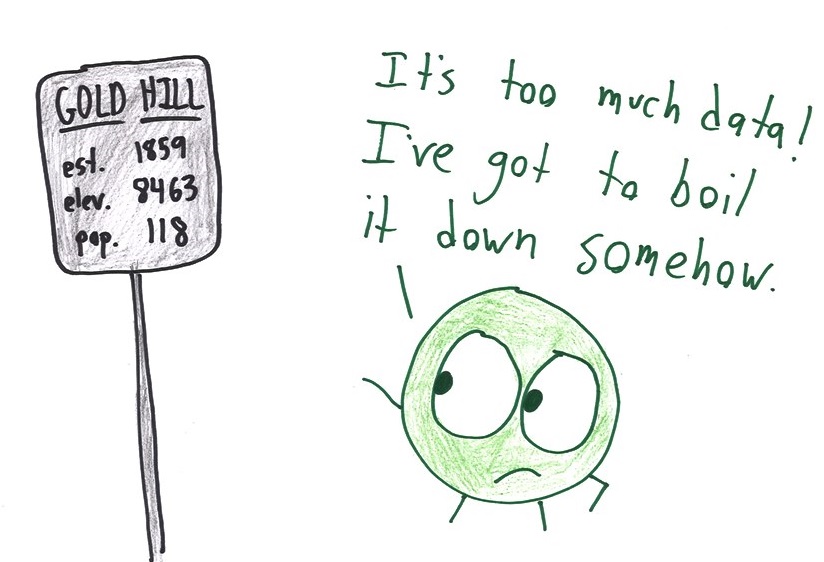 So yes, it’s easy to see the Gold Hill sign as an emblem of everything that’s wrong with our mathematical culture. We push students into mindless computations and unnecessary abstraction, and the result, too often, is gibberish.

But if you look deeper, you can see the Gold Hill sign as a bizarre but encouraging artifact of the advances we’ve made in mathematics. We’ve developed (and propagated) technologies for computing with ease. We’ve built (and popularized) an impressively abstract concept of number. And we’ve grown so prolific at gathering and processing data that we practically do it in our sleep.

The Gold Hill sign is still wrong. But it’s wrong for fascinating reasons.