…when you run into a college classmate who dropped out after suffering from health issues. You always meant to write a nice, sympathetic letter of support, but it never crested to the top of your to-do list, and now your long silence seems callous. The classmate sees you, looks away, then marches right up to you and asks, point-blank, the question you’ve dreaded for years:

“Why,” your classmate spits, “does raising both sides of an algebraic equation to an even power potentially introduce extraneous solutions?” 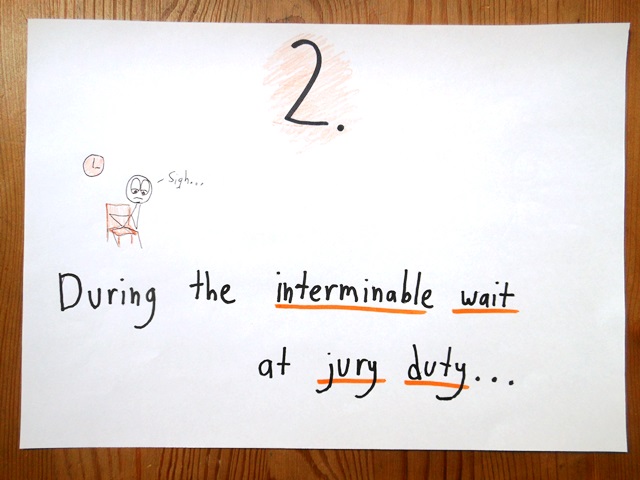 …you’ve already skimmed every worthwhile article in the newspaper. You completed the crossword, the Sudoku, even the word jumble. Grudgingly, you turn to the paper’s last remaining puzzle: the Partial Differential Equation of the Day.

A difficult man, largely neglected by his own children, he has come to embrace you as one of his few points of contact beyond the nursing home. Now, in his waning hours, he mistakes you for his estranged son, Bradley, and delivers a tearful apology. “I was a terrible father,” he says. “Forgive me, Brad.”

“If you truly forgive me,” he wheezes, “then prove it. Tell me the quadratic formula, one last time.”

…your desktop breaks down. It won’t even boot up. A new computer (lasting an expected five years) will be $800, or alternatively, you can diagnose the problem for $70, and repairs (which would extend the computer’s lifespan an expected three years) could cost anywhere from $50 to $600, uniformly distributed.

Now, it may feel impractical as a replacement for a desktop, but look how pretty that tablet over there is. Look how shiny. Don’t you want a pretty, shiny tablet instead? Don’t you? Don’t you? 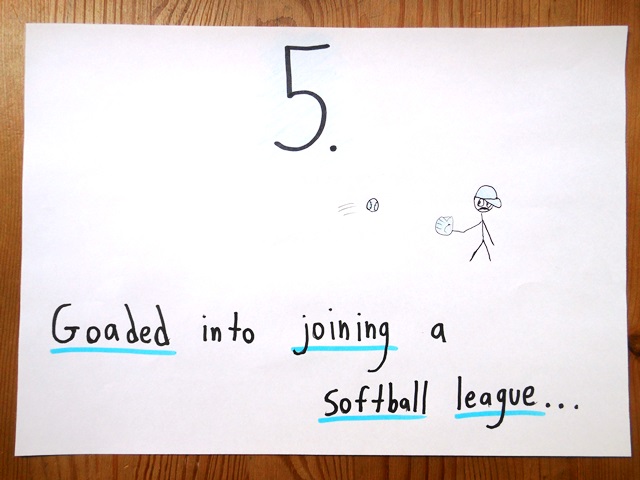 …by the frat-boy culture at your office, you find yourself in left field, dreading any ball hit your way. Suddenly, a pop-up: it should probably be yours, but instead, the shortstop and centerfielder converge on it, and collide—hard. The shortstop is out cold, blood oozing from a temple.

“Quick!” the centerfielder shouts. “Is anyone a doctor, nurse, or topologist?”

“C’mon!” he screams. “We need someone to treat this wound, diagnose it, or prove its invariance under diffeomorphism!”

“Looks like these chips have some complex carbohydrates!” you chortle. The guy behind the register smiles appreciatively.

…transcending corporeal existence. A four-dimensional hypercube and a six-dimensional analog of a torus are gossiping about a good friend of yours, an equiangular polygon undergoing a dilation. “Heh, I’d like to project into that plane!” the hypercube says, and they both laugh with cruel mirth.

Do you say something, or just keep walking?

There’s a math section on the GRE.