As a Psych major in college, I learned about some cool experiments. Fatal shocks. Coldhearted preachers. The staggering forces of peer pressure. I saw slobbering dogs, wailing babies, and semi-literate pigeons.

But one of my favorite experiments requires nothing more than a chess set. It begins to answer the question: What, exactly, is going on in the minds of great chess players? 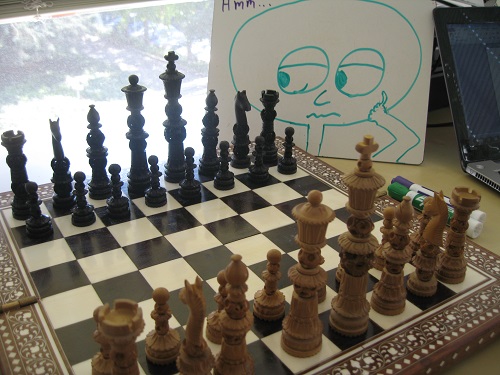 The feats of chess grandmasters – who can play and win several games simultaneously, strolling casually from board to board, juggling all the information with ease – often strike us as signals of higher brainpower. We imagine the mind as a computer with a fixed amount of RAM. Those geniuses, it seems, owe their success to the superior hardware inside their skulls. There’s nothing mortals like you or I could do to catch up with them.

But as always, reality is more subtle. The brain’s capacities are not fixed from birth. A little effort, sustained for a long time, makes a big difference.

In a 1973 experiment, psychologists asked strong chess players to memorize two kinds of board scenarios. First, they saw a board showing an actual game situation, in which two players had already made dozens of moves, all following the rulebook. The players could memorize such a configuration in mere seconds. Easy. 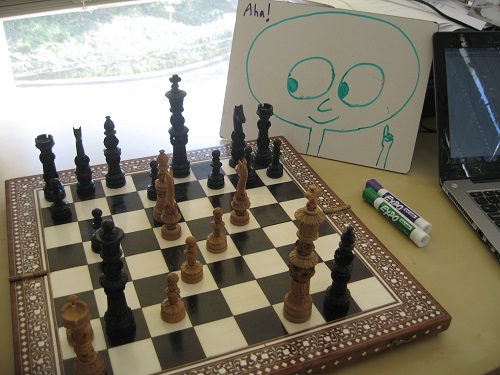 Then, they saw a board that was completely scrambled, the pieces arranged in nonsense combinations that could never arise in actual gameplay. When it came time to memorize this board, the strong players struggled, performing as poorly as novices. Not so easy. 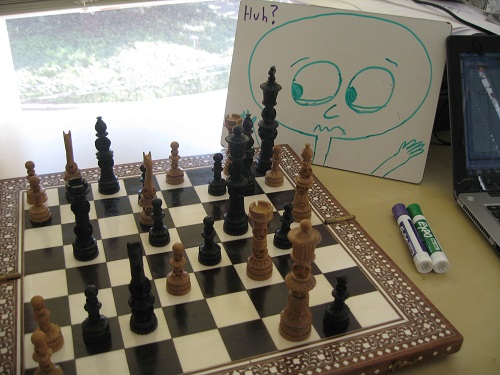 Why the difference? In a word: experience. A strong player has spent years exploring the intricacies of chess. She studies her prior matches the way a football coach studies game tape. So although she has never encountered either configuration before, the game scenario immediately makes sense to her. It contains dozens of familiar patterns. The scrambled board, by comparison, is gibberish, and therefore much harder to memorize. It’s the difference between encountering a 12-letter word (like “encountering”) and a nonsense 12-letter sequence (like “hrelkjbjahwe”). The word is easier to retain, because it builds on a sturdy structure of preexisting knowledge.

In the end, the chess master doesn’t have a photographic memory. What she has is years of experience in thinking about chess. As the authors of the study explain, “What was once accomplished by slow, conscious deductive reasoning is now arrived at by fast, unconscious perceptual processing.” We’re so dazzled by her speed that we overlook her greater gift, from which her speed is partly derived: depth.

The lesson holds for any intellectual endeavor, whether it’s chess, mathematics, or analyzing the screenplays of Hollywood blockbusters. Great skill arises from great focus.

Thanks for reading! You might also check out History’s Greatest Chess Matches and Learning is a Flourescent Light.

Featured comment: “It’s a recognition of patterns which makes a master. Throw together a picture of a wild garden and a jumble of weeds, and a master can tell you immediately which is which, and likely can re-construct the history of the wild garden.” -Steve

24 thoughts on “The Mental Machinery of the Chess Master”