a monthly round-up of geometric puzzles

If you (a) love math puzzles, and (b) are a regular reader of this blog, then you have probably heard of math teacher Catriona Shearer.

If not, then today is the first day of the rest — and the best — of your life.

With felt-tip markers and a sense of geometric whimsy, Catriona creates the kinds of puzzles that drive human beings mad. (The good kind of mad.) Her work has topped Hacker News, been featured by puzzle-master Alex Bellos in The Guardian, and earned her trans-Atlantic gifts from top research universities.

This is a countdown of her three favorite puzzles from October 2019. Mild hints in the text; full spoilers in the comments.

Grab a pencil, and remember to pause occasionally for food and sleep.

Catriona admits to needing a fair bit of trig to solve this one, but others managed with far less. For spoilers, see the handiwork of alaaddin çizer and Philip Gibbs.

“Amazingly,” says Catriona, “there’s only one possible angle that will allow the rectangles to fit like this, even though the width isn’t specified.”

It’s a classic feature of Catriona’s puzzles: looking under-determined, yet not being.

“Actually,” she adds, “that’s not quite true. You could argue that two half squares vertically would fit the criteria.” As usual, a mischievous puzzler on Twitter pointed out this trivial solution. Unusually, though, that puzzler was Fields medalist Timothy Gowers.

Evidently the Shearer madness comes for us all. 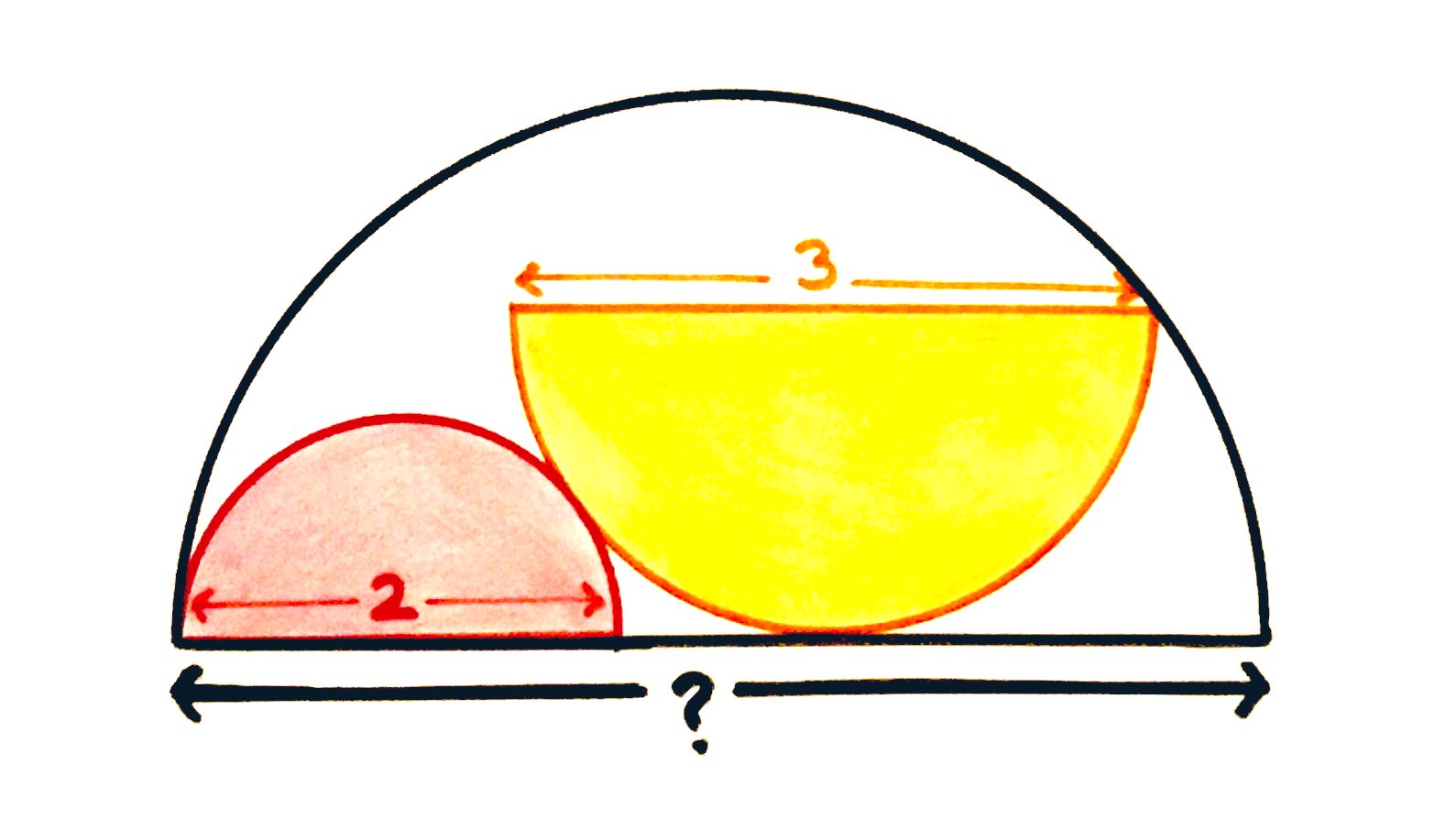 “I’m a big fan of semicircles!” says Catriona. It’s one of the secrets to her puzzles: pick simple shapes (semicircles, regular polygons, and the like) that carry a lot of hidden structure and useful theorems.

This puzzle surprised Catriona herself. (Many of them do!)

“I originally did it by [trigonometic formula redacted],” she says, referring to a trigonometric formula. “I was surprised by the nice answer, and then saw the much cleaner [geometric insight redacted] solution.”

6 thoughts on “The Tilted Twin (and other delights)”