a roundup post that I wrote in November and never shared,
and now I’ve kinda stopped doing roundup posts,
but hey, here ya go

Suterisms: I recently came across the work of cartoonist David Suter. His images are hard to describe. Artful cartoons? Cartoonish art? Visual puns? More like visual wordplay; “thoughtplay?” It’s what you’d get if you hired MC Escher as a political cartoonist. This one was a favorite of mine:

Belatedly: RIP, Voevodsky: A tribute to the visionary mathematician Vladimir Voevodsky, who died in 2017.

“He was unfazed by authority or status,” [Nadia] Shalaby wrote in an email. “Not out of rebellion, but because he was missing the gene that detects status and makes people respect it over merit.”

I met Voevodsky briefly in September 2016. He was surrounded by young researchers, none of them saying anything, just sort of awkwardly soaking in his presence, trying to think of a question to ask.

Seizing the chance, I fumbled a few uncomprehending questions about his ambitious work in creating proof verification software. Why did his system take as its foundation not set theory, but a more algebraic structure?

He gave patient answers, then turned back to the young researchers he had come to mentor.

A push notification from across the universe: A gravitational wave is detected. The world pivots its telescopes and its attention to that corner of the sky. They find an extraordinary event: two neutron stars colliding. Dozens of research papers ensue.

According to Daniel Holz, an astrophysicist at the University of Chicago, “back-of-the-envelope calculations indicate that this single collision produced an amount of gold greater than the weight of the Earth.”

Scott Hughes, an astrophysicist… [said] “I can’t describe in family-friendly words how exciting that is.”

Huh. Apparently the Twitter logo is made entirely from circles. Defending the indefensible? Jim Propp, a math professor at UMass Lowell, takes advantage of his tenure by staking out a position that could very well get someone with less job security fired.

I contend that, when it comes to a lecture topic like math that in the wrong hands can be arid and forbidding, it’s a good countermeasure to adopt a font that from the start announces “Let’s have some fun.”

Advice you should actually listen to. On his blog, Terry Tao (from time to time described as “the greatest mathematician in the world”) has an index of advice spanning a whole career, from elementary school to tenure.

Whereas at the undergraduate level and below one is mostly taught highly developed and polished theories of mathematics, which were mostly worked out decades or even centuries ago, at the graduate level you will begin to see the cutting-edge, “live” stuff – and it may be significantly different (and more fun) to what you are used to as an undergraduate! (But you can’t skip the undergraduate step – you have to learn to walk before attempting to fly.)

The mathematical fix for the wobbly table: Tai-Danae Bradley pointed me towards a great old column of Keith Devlin’s, on how you can stabilize a wobbly table with the Intermediate Value Theorem:

Two caveats. This only works for a table with equal legs, where the wobble is caused by an uneven floor. If the table has uneven legs, you probably need the folded napkin. Also, the floor can be bumpy but has to be free of steps – if the table is on a staircase, as you often find in outdoor cafes in Tuscan hill towns like San Gimignano, the math doesn’t work. But then, if you are sitting on a restaurant terrace in Tuscany, who cares?

BOOK OF THE MONTH

(I mean, not that it was published this month, but I read it this month, and you should read it next month, so you see, months are coming up all over the place) 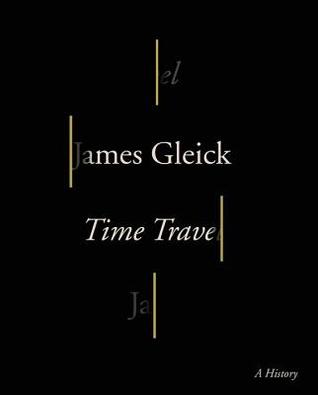 Gleick’s superpower is to immerse you in intellectual worlds that came before our own.

Take his biography of Isaac Newton. Reading it, you slip into a pre-scientific, Aristotelian place, where words like “mass” and “motion” have only fuzzy, ancient meanings.

Or, reading The Information – maybe his best book – you come to see what the train and the telegraph and the dictionary did to the world and to the minds within it. You even, briefly, inhabit a preliterate worldview, an oral intelligence in a fleeting world.

And reading Time Travel, you find yourself in a world just discovering time. The dawn of futurism; the nascent idea of “progress”; the strange invention of “time zones.” The book is less about the travel than it is about the medium (the dimension? the substance? the psychological construct?) that you’re traveling through. Plus lots of great pop culture commentary and poking fun at ill-conceived time metaphors.

I can’t get enough of Gleick’s stuff. You could publish a delightful short story collection out of the footnotes alone.