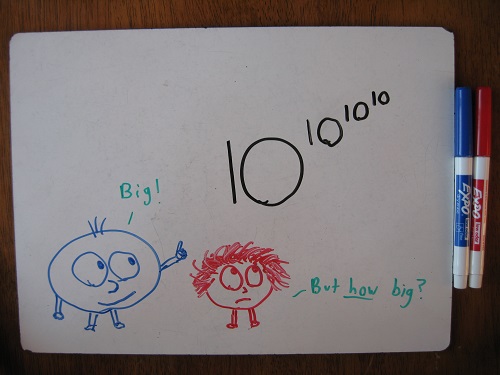 Student: Well, not really, but I know what it means. Keep going.

Student: But the poor trees!

Me: I know. Let’s call this number the tree-killer. 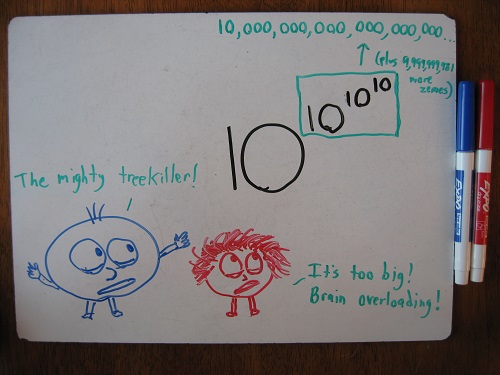 Me: So picture the tree-killer. It’s a massive number. Absurd. Grotesque. Beyond imagination.

Me: We just discussed how treekiller is the craziest, hugest, most unfathomable thing you’ve ever tried to fathom, right?

Me: Well, that unfathomable monstrosity of a number… that’s how many digits are in my number. 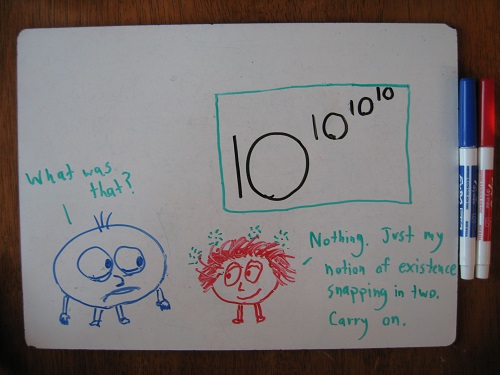 8 thoughts on “Big, Bigger, and Big-Big-Bigger”